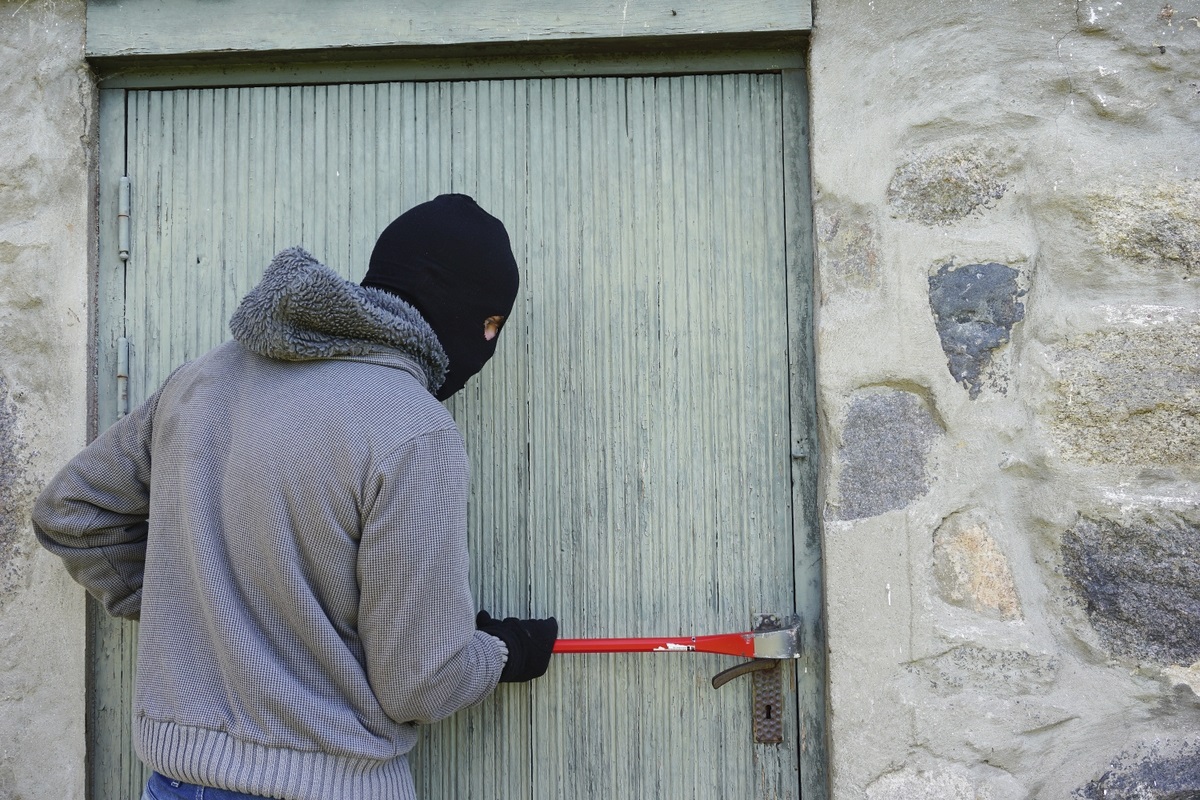 Having someone break into your home isn’t a nice thing to think about. In fact, it’s many people’s worst nightmare. But a home break-in happens in the UK around every 106 seconds, which adds up to 34 burglaries an hour, and 817 a day. A lot of the homes these burglars target will be unprotected, ‘easy pickings’, as any sign of resistance tends to scare would-be thieves off, so there are ways you can prevent it, if you know what to do. And if you read to the end, you will!

Lock Up Your Home

This is perhaps the most basic tip, but one that quite a few people forget. Even if you are just going up the road for milk, make sure you lock all your windows as doors. In a report from the Office for National Statistics, they reveal that in 30% of all burglaries, the perpetrator has either just walked in through an open door or window, or used one simple tool to gain access in less than 60 seconds. This is mainly because composite doors often aren’t locked properly, so the first thing to do is get in the habit of locking up your home when you leave – including physically turning a key in all of your doors.

Change The Locks On A New Home

When you move into a new home – whether it’s rented or owned, the first thing you should do is install a whole new set of locks. The purpose of this is simple – you don’t know how many keys are out there to fit your locks. The previous occupants could have a set, have made copies or have lost some and not bothered to change the locks. Ultimately, you don’t know who has keys to your property, so it’s always worth changing them.

Deadbolts are a great way of ensuring your security. A standard spring latch lock represents easy pickings for a burglar who can open them using a process called ‘loiding’. Loiding is the method of slipping a thin piece of plastic, often a credit card through the gap in the door and depressing the spring latch to open the door. A deadbolt lock defies this method and is only really vulnerable when it isn’t fitted correctly. In these cases, the lock is too loose, and there is enough space between the door and its frame to allow the use of hacksaws or power tools.

Invest In A Security System

A security system is an absolute must for basic home security. Invest in a good burglar alarm and keep it maintained. If it’s temperamental and goes off randomly, get it fixed and let your neighbours know when it’s been done. People are more likely to ignore an alarm that goes off periodically, and the system becomes ineffective. Alongside your alarms, make sure you install security lights at all entry points to your home, preferably the kind with infrared detection. Burglars don’t want to be seen entering your home, so the more lit up it is, the better.

When you are having your security system installed, make sure the wires are concealed. The first thing a burglar will do when they see an alarm system is try to find a way to shut it off. Wiring is an easy target and cutting the wires may disable your security system. Make sure they can’t access the cables to do this. If this isn’t possible, make sure you have overlapping security lights, so they can’t access one to cut off the system without activating the other light.

While it might be tempting to leave a spare key under the mat or a rock for emergencies, this is a very bad idea. They are often too easy to find and act as an invitation to burglars. If they are used in a break-in, you will find your insurance company refusing to pay claims. So if you need to keep spare keys outside, install a combination key safe (like estate agents use). If you must leave an accessible key outside, put your keys in a film canister and bury it somewhere memorable.

Make Use Of Peepholes And Security Chains

We all know door-to-door salesman can be a bit annoying. But sometimes, they are doing something far more sinister than selling you double-glazing. Sometimes, the stranger knocking on your door is actually a potential burglar, who is trying to scout out your home as a target. If you have a peephole – use it to check that you know the person knocking at your door. If you don’t know them, open the door with the chain on so that they don’t get a full view of your home.

Install Locks On Windows & Sliding Doors (And Remove The Keys)

Sliding doors and windows are some of the easiest to remove externally, so you should take some extra precautions. A safety lock that attached the door to the frame is a good bet, or a metal bar placed along the runner will stop the door or window from being forced open. Always remember to remove the keys from your doors and windows for extra security.

For very valuable small items, items of sentimental value or of significant importance (e.g. the deed to your home) invest in a small, fireproof safe and keep these items inside, behind a lock and a code panel. If it is practical, try and get the safe installed into the walls to prevent a burglar from simply walking away with the entire thing.

Now, if you don’t know what kind of locks you have on your doors, have lost keys for some of the windows or you’ve just realised you never changed the locks when you moved in, you might need a bit of help. At My Locks we’re highly experienced locksmiths, approved by Which Trusted Trader, members of the Master Locksmiths Association and hold a lot of other industry certifications, so we’re perfectly placed to help you make your home more secure. If you’d like us to come round and take a look at your doors, windows and locks, free of charge, just click here and book a call-out.

Areas Covered by Our Engineers 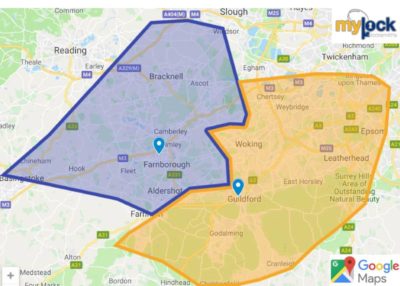 Click the map to open a live Google Map (opens in a New Window)
We use cookies to ensure that we give you the best experience on our website. We promise to never use bad cookies. If you continue to use this site we will assume that you are happy with it. Just scroll and this notice will disappear ...OkCookie Policy by our Web Team